ways to celebrate a vegan st. patrIck’s day In MIchIgan

by rebecca from veggIes abroad 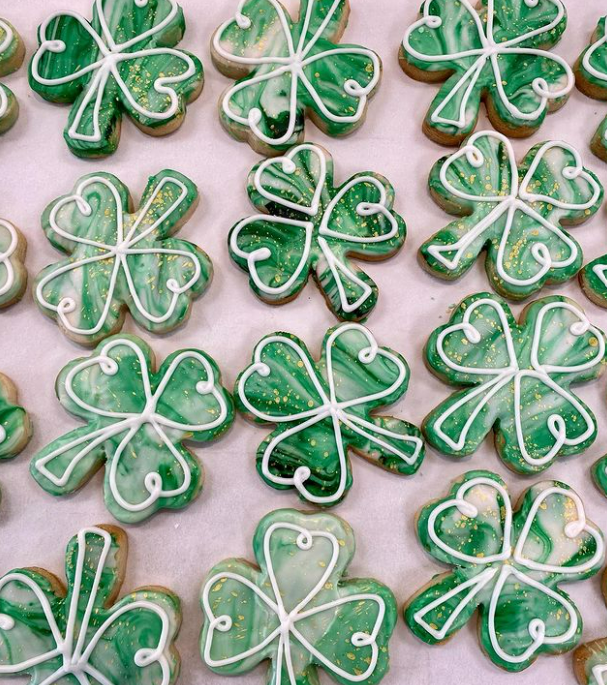 Grab a pint of green beer and your favorite green sweater—after a two-year hiatus due to the pandemic, St. Patrick’s Day festivities are roaring back to life! While the holiday’s iconic food—corned beef—is far from vegan-friendly, there are plenty of Irish-inspired vegan eats to be found, activities to enjoy, and much more. If you’re in the mood to embrace your inner Irish spirit, be sure to check out these vegan food options and activities throughout Michigan!

Detroit’s best deli shop isn’t leaving vegans on the sidelines this St. Patrick’s Day or really any time of the year! Get in the Irish spirit with their savory vegan corned beef Reuben loaded with Seitan corned beef, cheese, sauerkraut, and 1,000 island dressing. Don’t forget to grab one of their vegan cookies too! 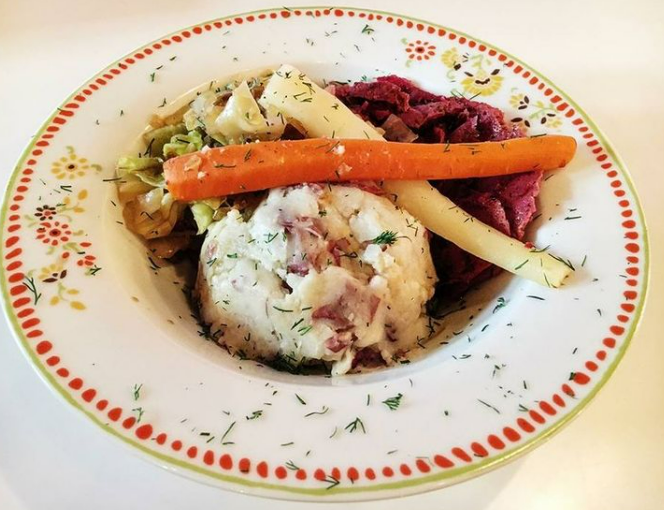 Are you looking for a complete vegan St. Patrick’s Day feast? Then look no further than Chive Kitchen! They are cooking up a special corny beef and cabbage dinner that features house-made corned beef, mashed potatoes, roasted carrots, stout braised cabbage, herbed Irish soda bread, apple cake, and more (can you even believe there IS more!?). This special dinner is $55 and is only available for carry-out. 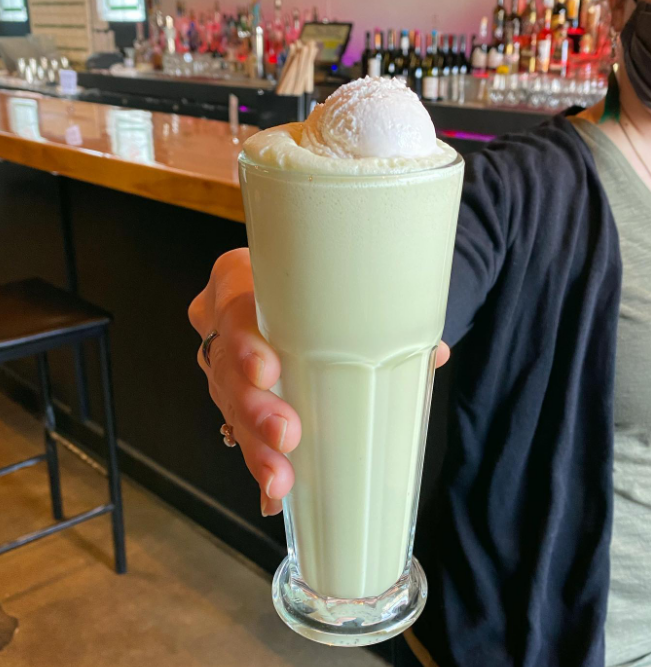 Slide-on into Seva to treat yourself to a vegan shamrock shake! This minty treat is made with coconut milk-based ice cream and will be available throughout March—hooray!

Does a green treat taste better? I think so! Check out Sugarbuzz for an assortment of festive cookie shamrocks, cupcakes, and hopefully, they bring back last year’s Irish whiskey caramel macarons!

If you happen to be up north, don’t miss the savory Mexican fare at Rad.ish Street Food! They will be covering loads of Mexican favorites in a unique green sauce and serving special cabbage enchiladas to celebrate!

Many other veggie-friendly spots throughout the state are considering what they might whip up in honor of the holiday, so be sure to check their websites and social accounts for updates. If you find more, be sure to share them in the comments!

grab a beer at an IrIsh pub

In case you’re just looking to enjoy a festive drink with friends, be sure to check out one of these Michigan pubs. 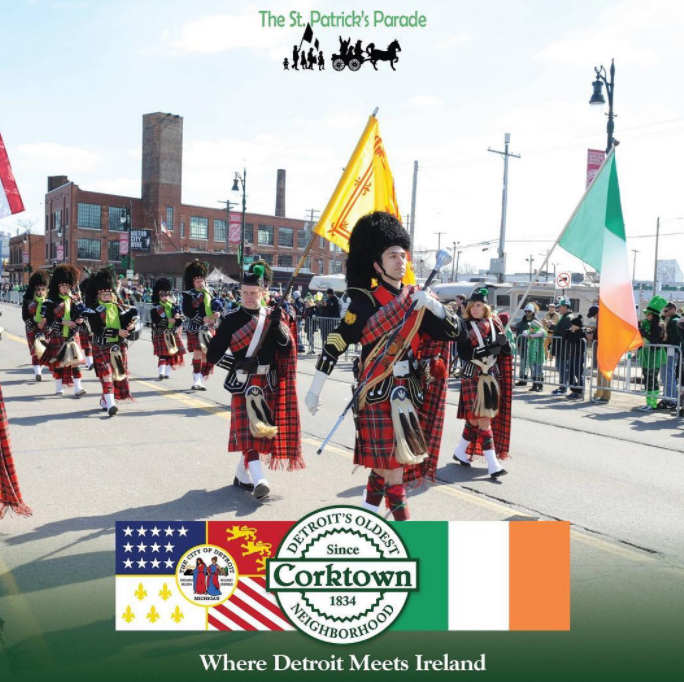 There are plenty of spirited activities happening around the state—some are probably in your own backyard! Here is a snapshot of a few you might want to check out.

Kilt-wearing, dancing, and more are centerstage at Downtown Holland’s St. Patrick’s Day Parade. The parade begins at noon and travels down 8th Street, and ends near New Holland Brewing—the perfect spot for a green beer.

This family-friendly parade features various floats and music that heads right into the heart of Detroit’s Irish town, Corktown. Before the pandemic, the parade attracted over 80,000 people, making it one of the largest in the country! Since the parade was canceled the last two years, crowds are expected to be large, so arrive early for a prime parade watching spot!

Calling all runners! Don your green running tights and sign up for the Emerald mile, Corktown 5k, or the kid’s quarter-mile races. Make it a full day—run, then stick around to watch the parade.

A whole week of Irish heritage and celebrations are happening in Clare. The family-friendly activities include a craft show, parade, road race, recipe contest, and more! What’s even more interesting, this festival started as a local party with residents over 48 years ago!

Many green-themed floats, live music, and more will be on tap for Bay City’s 67th annual parade. The parade begins at 2 pm, giving you plenty of time to find a good spot to sit and watch! 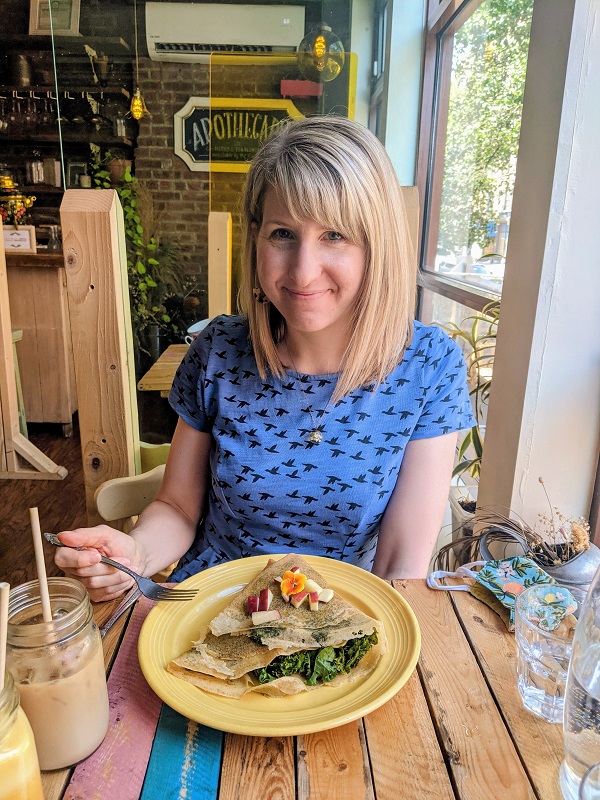 Hello! I am Rebecca Gade Sawicki, the Creator of Veggies Abroad, a vegan travel blog. My blog features vegan travel guides, tips and inspiration to explore the world. You can find my blog at https://veggiesabroad.com/ and follow my adventures on Instagram or Facebook @veggiesabroad